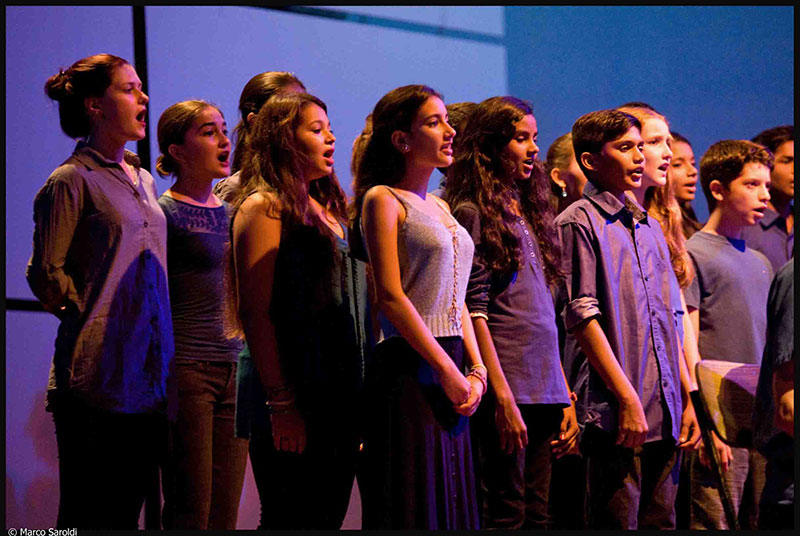 The Auroville choirs and instrumental ensemble. On two successive evenings in March the combined Auroville adult and youth choirs – 78 singers in all – accompanied by an instrumental ensemble presented a collection of songs from The Peacemakers at the Sri Aurobindo Auditorium in Bharat Nivas. Karl Jenkins, the Welsh contemporary composer, composed the first of the 17 songs of this choral work on a line from the Gospel of Matthew, one of the four canonical gospels and the first book of the New Testament. “Blessed are the Peacemakers for they will be called the children of God”, reads Matthew 5:9. The other songs contain words of peace from a range of ‘peacemakers’, iconic world-changing figures such as Gandhi, Nelson Mandela, the Dalai Lama, Sir Thomas Malory, Rumi, Martin Luther King, Mother Theresa, Albert Schweitzer, and Anne Frank. Also included are religious texts from the Qur’an, St. Seraphim of Sarov, Francis of Assisi and the Bahá’u’lláh, and the poetry of Shell...
>> More