Auroville’s Land Board takes great pleasure in announcing the completion of the new film:

Created by Rakhal and the Auro-Image team, in cooperation with Auroville’s land fundraisers, this 8-minute film is a stirring call for completing Auroville’s body – its land.

Over shots of the barren land that once was, Landing Auroville begins by asking:

“Who could imagine a poorer and more desolate land to create ‘the City the Earth Needs’?”

The film then traces the work of the “good-willed foreunners” who responded to the Mother’s call. Fifty years later and the land transformed, this lush green space now hosts a growing city, the creative mix of nationalities and cultures, greater prosperity for villages, a  magnetic “fresh wind of progress”, the inspiring example of new generations “determined to carry the experiment forward” –  with the Matrimandir at its heart and center.

Landing Auroville is an homage to the work, optimism, and success of Auroville so far. And it holds a warning for the future! Urban spillover, speculation, and encroachment are serious ever-present threats to the City of Dawn’s body.  The film ends:

“Auroville is a cradle for the future; to fulfill its roll it needs its physical body to be complete.”

The Land Board sincerely thanks Rakhal, Karen, Agni, Aachal, Olivier Barot, Kripa, B, Paul Vincent and Mandakini (AVI) for their work to produce this beautiful film, and Prasad whose inspiration started it off!

We see it as an important and inspiring way to spread awareness of Auroville’s land situation and to raise urgently-needed funds for securing and unifying Auroville’s  body – the land!

The Master Plan of Auroville has been approved by the Town & Country Planning Organisation, Ministry of Urban Development and Poverty Alleviation, and subsequently published in Part III of the Gazette of India. Hence, the land foreseen for Auroville’s master plan area could be acquired under the Land Acquisition Act.

The Secretary of the Auroville Foundation acts as Estate Manager under the Public Premises (Eviction of Unauthorised Occupants) Act. 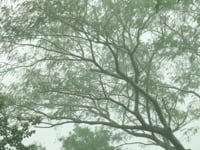