The Story of Auroville Bakery 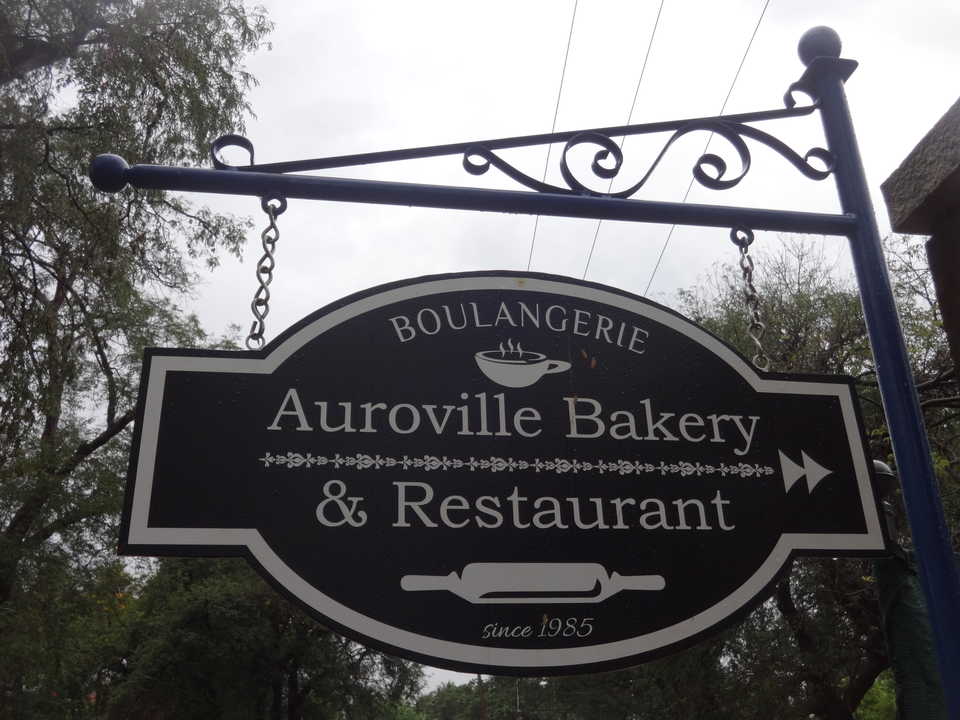 Bread for the world

When you are far away from home, you miss certain things. Auroville, in the middle of the eastern world, is full of people from the western world. As rice is the most common food in Asia, Europeans and Americans hardly find their favourites: bread and good cake. Fortunately Auroville is not a blank spot on the culinary map, as it has the most delightful bakery in the whole area. Here your cravings for all kinds of bread and pastry can be fulfilled; sweet dreams come true. But how did it all start?

When Otto came from Austria to Auroville in 1981, two small bakeries already existed. One was situated in the Aspiration community, the other - founded by American Larry and later run by Tamilian Sundaram - was in the Kottakarai settlement, where a small oven had been built. Wheat from government rations was used to bake the bread. Unfortunately, the cheap quality of the grains did not lead to top quality results, but it was a start. Otto joined the experiment, although he had no experience in baking whatsoever. His background in Vienna was banking, and besides that rational job he spent his free time running a discotheque!

"I always wanted to be independent, and in Auroville I wanted to do something completely different than I did before. In the beginning I thought of doing pottery, but the potters asked for full committment for the week. In the bakery, they were even happy if you would come for one day.. It was an excellent experience, even if you swept the floor, it didn't matter. The work was very physical and hard, quite taxing. We were a good team; no-one was the boss", remembers Otto. There were no helpers to do the cleaning; 3-4 Aurovilians worked in 2-3 shifts per week; and no-one was paid. Some local grains like ragi and varagu were tried out: the output was ½ loaf of bread per person for 2 days.

The learning process went on until 1985 when Sundaram left to continue fulltime his social and mediation work in the villages, which he had done before with Village Action. In 1994, he started his own little Ganesh bakery, which still exists in Kottakarai. One of the aims behind Ganesh bakery is to also function as a training centre for young villagers and a research centre for use of local, organic grains.

Meanwhile, in the main bakery, the first non-Aurovilian workers were employed. They also had to learn from zero. The working circumstances were bad. One oven under a keet roof, no walls, wooden fences, a frame for a second oven, but the metal parts had to be shared. And, of course, termites and rats. "Professionals shook their heads. We had to move the bread up to 3 times from oven to oven, from here to there. A wonder it was eatable", says Otto.

Together with Jean-Denis he kept the operation going, and with the increasing income from cookies and biscuits plus a loan from Aurelec they were able to build a new Auroville Bakery in Douceur, where it is still situated.

Drawings from the Ashram

"We got the drawings for the oven from the Ashram.. Jean-Denis was supervising, Pierre was the constructor, I continued with the production. Later Jean-Denis quit, and I went to Europe. When I returned the new bakery was completed", Otto recalls.
He went on with his dream of independence, and joined the Pour Tous experiment, where he founded the Central Fund for the Financial Service in 1990.

Many Aurovilians have spent time in the bakery and made their experiences with dough and sugar. Francis, Govinda, Judith, Agnes from Darkali, Agnes from Hermitage, Maike and Katrin, to name just a few, have all given their inputs, changed and improved working circumstances and quality of the goodies, got up in the middle of the night to start working, sweated at the ovens, kept their patience at the counter during rush hours, and probably had a lot of fun, too.

In the year 2000 the whole crew changed once more. Presently the Bakery is run and managed mostly by young Aurovilians. Some of them are working there already for quite some time, like Iyenar, an Aurovilian who grew up in Kuilapalayam and joined the team in 1994, after his studies. Iyenar has never baked himself: he was always responsible for the sales and Pour Tous accounts. But he has seen all these people coming and going. "That Fench baker came and showed Jackie how to make croissants. This is our best selling item, so far."

These pastries, that make western residents feel home-far-away-from-home, are indeed incredibly good. Some people from Pondy drive all the way to get their weekend supply. But not only the French pastry is smashing, try the grand variety of cakes like Tosca and Mazariner, lemon- and chocolate cakes, fruit-filled tartlettes, creamy puffs, brioches, cookies of all kinds. Not everything is sweet, there is knäckebrot, pumpernickel, a whole range of healthy breads (wholewheat, yeast, sourdough, samai, ragi). You name it, the Bakery sells it.

Small café in the back garden

Iyenar tells us that there had been plans to offer coffee and tea together with the cakes, but different opinions never led to a satisfying result. Now, finally, the new young management team have made it happen, opening a small café in the back garden with colourful wooden chairs and tables under shady trees, where you can munch your just-bought sweets with a good cup of hot drink or juice. Inside, Aurovilians Sita (German), Iyenar (Tamilian), EIumalai (Tamilian), Jackie (French), Mathew (French), Sudha (Indian) and Tanja ( Ukranian) do their utmost to keep up the good standard, and ensure that Auroville always has a full breakfast table.

The Solar Kitchen and Prosperity Area
Share this page